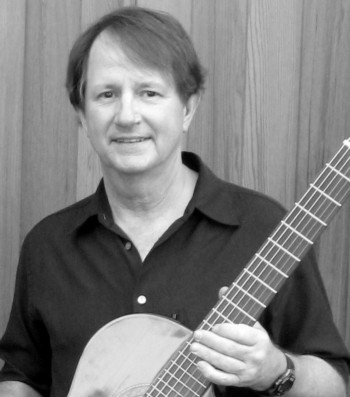 His compositions for classical guitar are being performed internationally and are included in anthologies by virtuosos like concert artists Xuefei Yang, Charles Postlewate, and others. Celebrated conductor/guitarist JoAnn Falletta referred to his music as “haunting and unforgettable.” Four Monsters, along with his suite Film Noir: Four Scenes, salute dark films from the 1930s to 1950s. Meredith Connie’s nuanced performance of Four Monsters is a world premiere recording. www.fergusonguitar.com.

Compositions by Jim Ferguson appear on