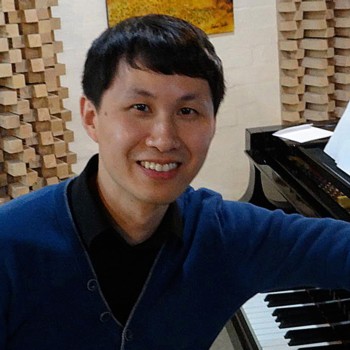 He completed his study in music with Glenn Riddle at the University of Melbourne. Ke has received numerous prizes and scholarships, including the MBS National Young Performer of the Year, The John Allison & Sydney Eisteddfod Piano Scholarship (City of Sydney John Allison Scholarship) and the Costa National Music Prize.

Ke has given many performances including at the Port Fairy Festival, the Tyalgum Festival, the Brisbane Kawai Keyboard Series and the Piano Landmarks Concert Series. He has also performed overseas in England, Germany, China, Taiwan and USA.

Recently, Ke was invited to perform at the International Summer Music Festival in Shanghai and the National Centre for the Performance Arts in Beijing. The concert in Beijing also featured the first performance of the Clarinet Concerto on Chinese Themes composed by Dr Julian Yu (arranged for piano by Ke) with the New Goldberg Orchestra.

Ke Lin is featured on the following titles