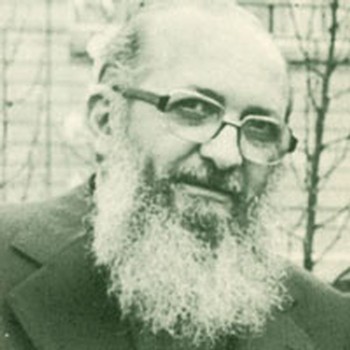 Paulo Freire (1921-1997), Brazilian educationalist, has left a significant mark on thinking about progressive practice. His 'Pedagogy of the Oppressed' is still one of the most quoted educational texts (especially in Latin America, Africa and Asia). Freire was able to draw upon, and weave together, a number of strands of thinking about educational practice and liberation. Freire certainly made a number of important theoretical innovations that have had a considerable impact on the development of educational practice - and on informal education and popular education in particular. [Reproduced from the encyclopaedia of informal education: www.infed.org]

Paulo Freire is featured on the following titles

Paulo Freire (1921-1997), a Brazilian educator in exile, was a staff consultant with the Office of Education, World Council of Churches, Geneva, at the time of these recordings. They were made during a visit to Australia in 1974. He gave these talks in English. 4 CD set.