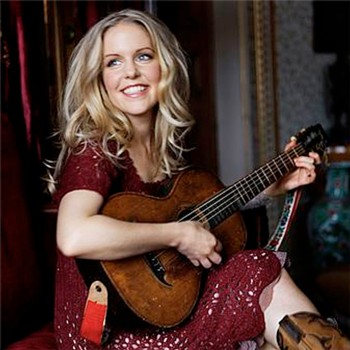 Sofia Karlsson (b. 1975) is one of Sweden's best-known and most successful contemporary folk singers.

Sofia Karlsson grew up in Enskede, Stockholm. She attended the folk music department of the Royal College of Music in Stockholm. From 1998 to 2002 she was a full-time member in Swedish folk music act Groupa. In 2002 she released her debut solo album Folk songs.

In 2005 she made her public breakthrough with her second album Svarta ballader (Black ballads). The album contains her interpretations of the Swedish poet Dan Andersson. The album was in the charts for more than a year and has to date sold 60,000 copies. It was rewarded with Swedish as well as Danish Grammys.

Compositions by Sofia Karlsson appear on