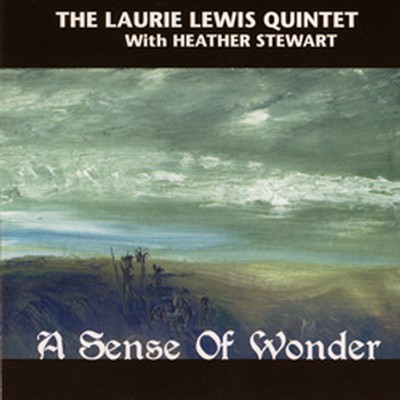 After several years of musical involvement in television, radio and film, Alwyn and Laurie Lewis have decided to change direction and concentrate on songwriting. The resulting CD has been an outstanding success. This originally independent recording is now distributed by Move Records.

There are 11 new numbers from the song writing team of Alwyn and Laurie Lewis, all charmingly performed by newcomer Heather Stewart.

“Eleven tunes on this album and all are composed by Laurie Lewis who also plays tenor. The lyrics by Alwyn Lewis carry a strong message. These songs are not the usual fare one hears on 'original' material these days. A sense of wonder is indeed prevalent at the magical arrangements that are quality works of art.

"Longing" is a ballad sweetly sung by Heather Stewart with a soulful tenor solo by Lewis.

"It's On Again" is the highlight of this album. The arrangement is superb and Heather Stewart scats brilliantly (and properly). Mark Fitzgibbon at the piano swings to the maximum. Stewart owns this number and joyfully expresses that fact in her vocalization. This is bop from the top to the bottom. It gets no better than this.

"Company Of Strangers" is a blues with chanson noir lyrics. Heather Stewart shows another side of her artistry with passion and a hint of swagger.

The Lewis' have penned some gems in this fine recording and with the addition of Stewart it becomes a superlative effort. Heather Stewart sings in tune with clarity and clear articulation making this a heady musical libation indeed.” ★★★★★

A Sense of Wonder is available as as CD. It can be purchased online through Buywell Music or the Australian Music Centre which both offer secure online ordering.