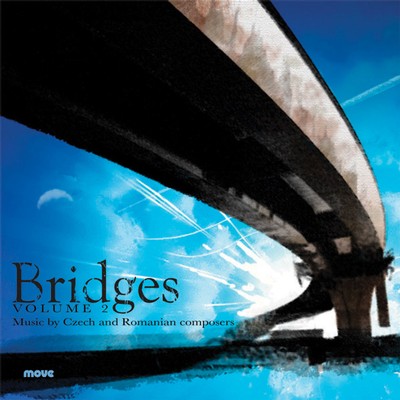 This CD focusses on music written by Czech and Romanian composers between the 1930s and 2008, including Otmar Mácha, Alfred Mendelsohn, Tiberiu Olah, and Bohuslav Martinů. Many of the composers featured here were influenced by European folk music and/or neo-classicism, and as such "accessbility" is a keyword that can be readily used to describe the programme. A CD for those interested in music that falls outside of the mainstream but at all times totally engaging.

Bridges, Volume 2 is available as as CD. It can be purchased online through Buywell Music or the Australian Music Centre which both offer secure online ordering.