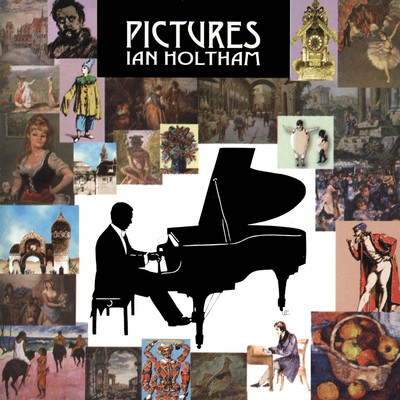 'Pictures' is a showcase of piano works from the Romantic period. Featuring two of the best-known instrumental examples of pictorialism in the Romantic repertoire: Mussorgsky's 'Pictures at an Exhibition' and Schumann's 'Carnaval'.

'Pictures at an Exhibition', a magnificent cycle of ten pieces was inspired by an exhibition held a year after the death of Mussorgsky's close friend, artist Victor Hartmann. 'Pictures' provides a brilliant example of Mussorgsky's ability to represent emotions and personalities. Through imitation and musical gesture he leads the listener step by step through an enchanting musical exhibition.

'Carnaval', a work of absolute mastery and one of the most beloved in the piano repertoire, was composed by a love smitten Schumann in 1834. The lucky girl Estrella, came from the town of Asch and Schumann used these letters which correspond to the German musical alphabet (and the letters in his own name) to form an intriguing musical code which he used to compose virtually the entire thematic content of the work. Set as part carnival, part masked-ball 'Carnaval 'mirrors Schumann's life and influences in many esoteric and wonderful ways.

Finally Tchaikovsky's 'Doumka', unfailingly Russian in character and full of tremendous contrasts and fluctuations makes a stunning addition to the collection.

Take a musical wander through Pictures!

Pictures is available as as CD. It can be purchased online through Buywell Music or the Australian Music Centre which both offer secure online ordering.