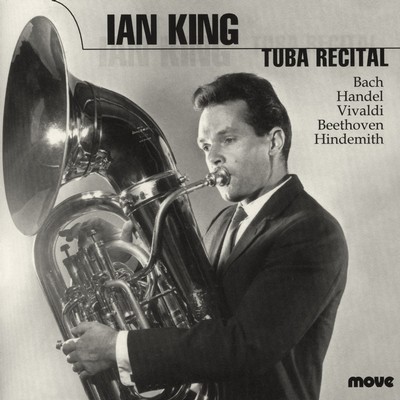 One of the world's finest tuba players and the first to give a tuba recital in Australia, Ian King here presents a recital of works ranging from Bach and Vivaldi, to the remarkable Tuba Sonata of Paul Hindemith.

“King's handling of his chosen instrument is of virtuoso class ... his breath control is quite astonishing.”

“The transcriptions are so good, and King's playing so impeccable, that each work could have been written for the instrument. What is breathtaking is King's playing. His control is astonishing, but it does not overshadow his musicianship.”

“considerable virtuosity ... the complete master of instrument and style.”

“refreshing to hear an unusual instrument played so well”

“a valuable resource for teachers and students of the tuba, where an incredible display of all elements of tuba technique have been preserved for future reference.”

Tuba Recital is available as as CD. It can be purchased online through Buywell Music or the Australian Music Centre which both offer secure online ordering.