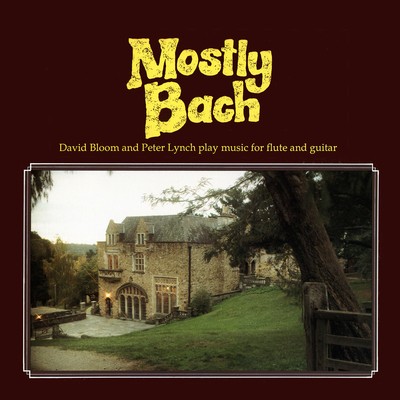 Recorded in the Great Hall at Montsalvat in Eltham, north-east of Melbourne.

J.S. Bach's Suite No. 2 for solo ’cello in D Minor is not only a bold and magnificent example of the master's command of counterpoint, melody and design; it works as a solo vehicle equally well for flute as performed on this album. The entire work is immensely powerful and sensitive.

The origins of Bach's C Major sonata for flute and basso continuo is a delightful work that presents major opportunities for the virtuoso.

The Grande Sonata Op.85 for flute and guitar is typical of the many delightful works to utilise the guitar in the early nineteenth century. It is one of the finest work in the flute and guitar repertoire.

Sonata No. 4 in C Major for Flute and Continuo, BWV 1033 Johann Sebastian Bach

Grande Sonata in A Major for Flute and Guitar, Op. 85 Mauro Giuliani

Mostly Bach is available as as CD. It can be purchased online through Buywell Music or the Australian Music Centre which both offer secure online ordering.