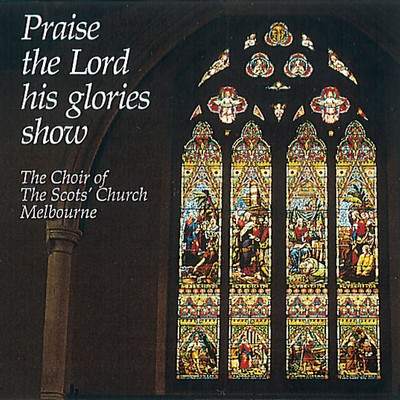 Praise the Lord his Glories Show

Some of the finest sacred music ranging from 16th century through Baroque, Romantic to Afro-American spirituals performed by one of Melbourne's finest choirs.

Some of the finest sacred music ranging from the 16th century: John Stone's 'The Lord's Prayer', through the Baroque and Romantic periods, right up to today. Afro-American spirituals are juxtaposed with works by Vaughan Williams, Rutter, Leighton and Mathias.

Praise the Lord his Glories Show is available as as CD. It can be purchased online through Buywell Music or the Australian Music Centre which both offer secure online ordering.