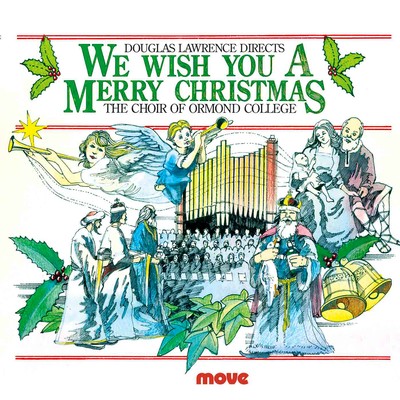 We Wish You a Merry Christmas

The Choir of Ormond College presents a wonderfully varied selection of Christmas carols, 28 joyous tracks in all. Directed by Douglas Lawrence

28 joyous tracks include 'We wish you a merry Christmas', 'Sans Day Carol',' A babe is born I wys', 'In dulci jubilo', 'Good King Wenceslas', 'The holy and the ivy', 'We three kings', 'Coventry Carol' and more. A wonderful CD to play year after year.

We Wish You a Merry Christmas is available as as CD. It can be purchased online through Buywell Music or the Australian Music Centre which both offer secure online ordering.