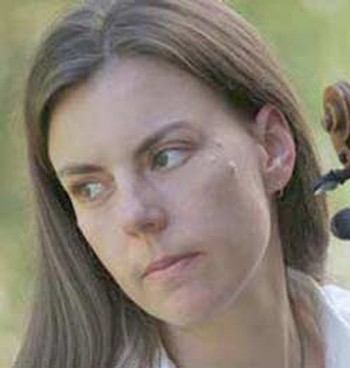 At age 15 Catherine first began to seriously explore the music of her heritage, and her passion for Scottish music developed hand in hand with her classical studies. Over the past 10 years she has chosen to specialise in the Scottish fiddle repertoire and has gained several scholarships for overseas study. She is now in great demand as a performer both in Australia and overseas and is acknowledged for her ability to combine a high level of technical skill with a rare depth of emotional expression.

She has performed with, among others, Alasdair Fraser, Hanneke Cassel, Laura Risk, Duncan Smith, Muriel Johnstone, Susie Petrov and Paddy League, as well as playing support for acts such as The Furies, Capercaille, Daniel O'Donnell and the Irish Rovers.

Catherine combines her love of performing with highly developed teaching skills. 17 years experience as an instrumental teacher as well as 5 years as a primary school class music teacher means she brings to her workshops a wealth of knowledge and sensitivity, as well as a unique ability to tailor her classes to be inclusive of all ages and ability levels.

After touring the USA and Scotland in 2005 Catherine has established herself as a world class performer and teacher and continues to be in demand internationally for concerts and workshops.