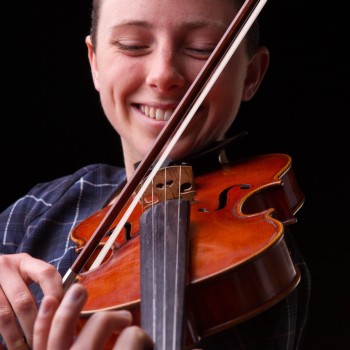 She is a casual member of ACO Collective and the Tasmanian Symphony Orchestra and has played as a soloist with the ANAM Orchestra and Orchestra Victoria. Her chamber ensemble, ‘Eureka Ensemble’ tour regionally in NSW and Qld, running improvisation workshops for school children and performing concerts, with a focus on programming contemporary Australian repertoire. Festival appearances include MONA FOMA, Next Wave, The Brisbane Festival, Peninsula Summer Music Festival, Panama, Ten Days on the Island and Fractangular. Emily also studies Environmental Science at UTAS and is interested in the junction of music and environment.
She is currently working on a dance/music collaborative arts project themed around the disappearance of the kelp forests of the East Coast of Tasmania.

Emily Sheppard is featured on the following titles