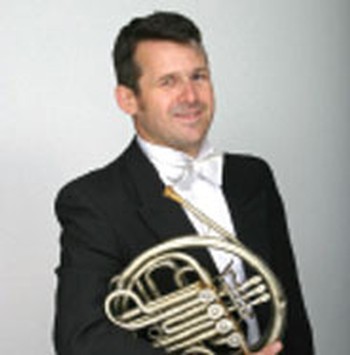 As one of Australia's most accomplished symphonic and chamber musicians, Geoff Viking Lierse can usually be heard raising the roofs of concert halls around the globe.

As well as being the Associate Principal Horn in our Melbourne Symphony Orchestra, Geoff is also a renowned soloist having performed concerti with the West Australian and Melbourne Symphony Orchestras. He is at the cutting edge of chamber music in Australia regularly sinking his teeth into works by Elliot Carter, Ligeti and Brahms. Working with film composers Paul Grabowsky and David Bridie provides much enjoyment to Geoff. He is also a multi-genre multi instrumentalist also playing Wagner tuba, theremin, violin, guitars and five string bass guitar. When not presenting virtuosic horn concerti, Viking also enjoys photography, running marathons, rock climbing and red wine.