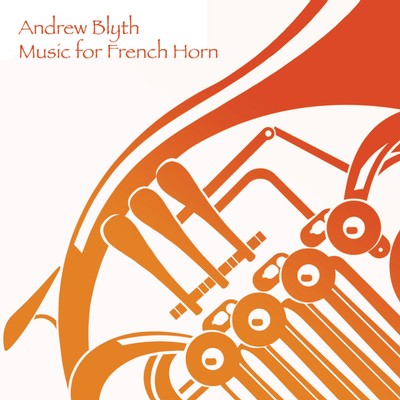 This is evident in the two outer Allegro movements where the thematic ideas are also propelled along by irregular motoric rhythms in 7/8 and 11/8. Surprisingly, then the idea of writing a concerto for French horn grew out of the central slow movement. This is a reflective and occasionally sombre movement which began life as an improvisation some years earlier. I decided later that this improvisation could be extended into a more fully developed orchestral movement and from that the Horn Concerto grew. - Andrew Blyth

The shorter works on the CD were mostly not written with the French Horn in mind but were taken from a growing collection of shorter pieces that can be adapted for any
instrument.

A long time ago is a song that just came to me one afternoon (yes, in the shower) and has had various instrumental and vocal arrangements.

Christmas song derives its title from having been written one Christmas but has no religious or festive significance. It too began life as an improvisation recorded many years earlier.

Serenity evokes the stillness of a warm summer evening, while Reflection is the legacy of a quiet winter afternoon.

Music for French Horn is available as as CD. It can be purchased online through Buywell Music or the Australian Music Centre which both offer secure online ordering.