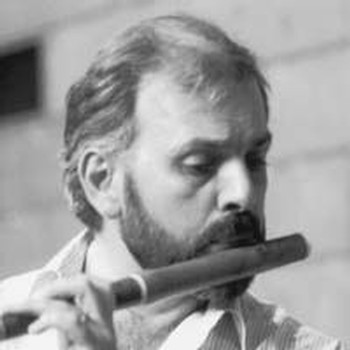 Greg Dikmans is a first generation Australian of Dutch and Swiss parents. As a virtuoso of the baroque flute and recorder, conductor, educator and scholar he has been at the forefront of the Early Music movement in Australia since graduating with a Bachelor of Music Degree from Sydney University. He is recognised internationally for his research on early 17th-century recorder music and the performance practice of 18th-century French flute music for which he was awarded a Master of Arts by La Trobe University. Greg is continuing his research into the performance of French music by working towards a PhD at The University of Melbourne.

In 1984 he returned to Australia from two years study in Belgium and The Netherlands for which he was awarded a Churchill Fellowship and an Australia Council grant. He received the Diploma in Baroque flute (1st prize) from the Royal Conservatorium in Brussels where his teacher was the world renowned Bartholt Kuijken.

Greg Dikmans is most widely known as the artistic director of the Elysium Ensemble, which he founded in 1985, and which has established a reputation for its exciting and authoritative performances of Baroque and early Classical music through its annual concert series in Melbourne and numerous national broadcasts for ABC-FM and 3MBS-FM.

Greg has performed extensively throughout Australia for Musica Viva and State Arts Councils, played in S.E. Asia (for the Department of Foreign Affairs) and Europe, made numerous radio and television broadcasts and recorded two discs.

As a tutor and associate lecturer at several tertiary institutions, Greg has taught baroque flute and recorder, history and theory subjects and performance practice, as well as directing Renaissance and Baroque ensembles.

Greg Dikmans is featured on the following titles