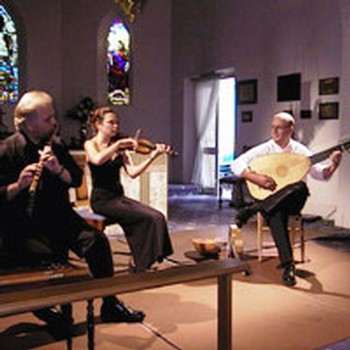 It embodies the concept of "elysium" (defined in the 17th century as a state of ideal happiness) by bringing together musicians whose awareness of the stylistic demands of the repertoire is combined with a mastery of period instruments. The ensemble's performances are indicative of the freshness and spontaneity which the musicians bring to this collaboration through discussion, rehearsal, experimentation and research.

Founded in 1985 by its artistic director Greg Dikmans, the Elysuim ensemble has a flexible format, with a small core membership drawn from Australia's leading period instrument specialists that is expanded for larger orchestral works. The ensemble presents an annual concert series in Melbourne that has established its reputation as one of Australia's finest chamber ensembles. It has performed extensively in Australia, including appearances at major festivals, and made numerous live broadcasts and concert recordings for the ABC. The Elysium Ensemble is affiliated with the Early Music Studio at the University of Melbourne.

Elysium Ensemble is featured on the following titles

Stephen Freeman (violin) is a member of Elysium Ensemble, principal second violin with the Australian Brandenburg Orchestra, and performs regularly with the Sydney ensemble Salut!

Margaret Waugh has appeared as principal cellist with the Australian Brandenburg Orchestra on ABC Classics' recording of Handel arias featuring Graham Pushee (1994) and Yvonne Kenny (1998), and has played with the ABO since its inception in 1988.

Julie Hewison teaches violin and viola and is head of strings at Ivanhoe Girls' Grammar School.