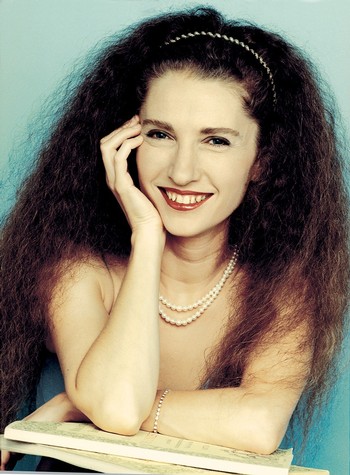 The audience at the Nagoya Arts Centre in Japan applauded loud and long the third encore played by Elizabeth Anderson: Willard Palmer's Blues for Harpsichord. Such encore items proved so popular, that Anderson's agent suggested that she create an entire concert programme from them. A new all-20th century programme was well-received at the 1996 Adelaide Festival. That year, Anderson gave her tenth European concert tour, playing solo recitals and four-hands organ concerts with husband, Douglas Lawrence. She received standing ovations for a popular programme at the Brandenburg Cathedral as well as in Hamburg.

It was in the same year that her CD, of Bach's monumental Goldberg Variations received critical acclaim in the Australian press. Numerous orchestral engagements followed, including 28 concerto performances with the Adelaide Symphony Orchestra, the Queensland Philharmonic, the State Orchestra of Victoria and the Australian Opera and Ballet Orchestra.

This series of concertos added to Anderson's already considerable experience playing continuo and concertos with the Australian Chamber Orchestra and with historical instrument ensembles, such as the Australian Baroque Ensemble, and the Festival Orchestra (MIFOH).

In 1992, the Melbourne International Festival of Organ and Harpsichord (now the Autumn Music Festival) commissioned a harpsichord concerto from Philip Nunn, which was dedicated to her, and first performed by her in the 1993 Festival closing concert with the Melbourne Chamber Orchestra.

Eleven international concert tours have taken her to Japan and Singapore, as well as throughout most of Western Europe. She has been a soloist in such concert series as Symphony Hall, Osaka, Nagoya Arts Centre, Italy's Concerti in Ville; King Frederick's Castle, Berlin; St German, Geneva, Frederikisborg Castle, Denmark and the Leeds and Aberdeen Town Halls. Major music festivals have included the Glasgow Mayfest, Dublin Early Music Festival, Brandenburg Summer Festival and the Dornburg Festival, Germany, the Haarlem Summer Academy, Holland the Vendsyssel Festival, Denmark and the Carouge Spring Festival, Switzerland.

As well as maintaining a busy performing schedule, Elizabeth Anderson enjoys teaching and is on the staff at several institutions including the University of Melbourne and the Victorian College of the Arts.

“Elizabeth Anderson is ... one hell of a harpsichordist ... the nonstop rhythmic and harmonic ostinato and brilliant passagework are truly mesmerizing”

“The multifaceted Elizabeth Anderson ... ascends to ever higher levels of excitement and with unbridled virtuosity arrives suddenly in a state of musical weightlessness ... an unconventional concert with an exceptional program and an exceptional artist”

“It takes a musician of high order, such as Elizabeth Anderson (in superb form) to reveal the magic enshrined in these deceptively easy minatures and her every contribution provides unalloyed listening delight”

Elizabeth Anderson is featured on the following titles

Douglas Lawrence OAM conducts the internationally acclaimed Australian Chamber Choir in a selection of sublime sacred music from across the ages.

Elizabeth Anderson is a member of