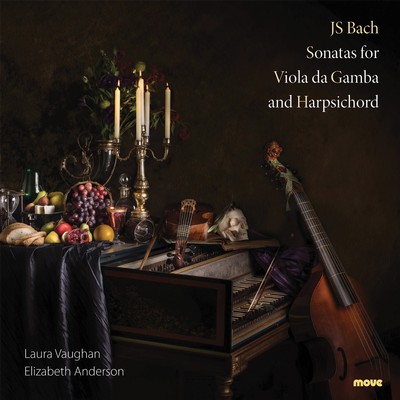 After all, Bach had no qualms about wholesale recycling, as the overlap between his Schübler Chorales for organ and his cantatas demonstrates with special vividness. More peculiar is the lack of information about when Bach’s gamba music came to be created. Most experts maintain that the greater part of it dates from fairly early in Bach’s life: specifically, from his six years (1717–23) as Kapellmeister to Prince Leopold of Cöthen. The prince’s Calvinist adherence meant few if any chances for the Lutheran Bach to write sacred music, and therefore ensured that Bach devoted more energy to producing secular works than he generally did before or afterwards. On the other hand, British musicologist Keith Anderson has tentatively ascribed the gamba sonatas to the composer’s Leipzig years (1723–50), which certainly involved Bach in providing various new instrumental pieces for the local university’s Collegium Musicum. If we accept the Cöthen ascription as the correct one, then it is very likely that Bach intended the gamba parts to be played by his violist friend Christian Abel (1682–1761), who stayed in Cöthen after Bach left for Leipzig. (Abel’s son and fellow violist, Carl Friedrich Abel, spent much of his career in England, where he collaborated with Bach’s own youngest son, Johann Christian Bach. It is possible that Carl Friedrich knew and played this music.)

“Gamba expert Laura Vaughan and harpsichordist Elizabeth Anderson have produced a finely balanced recording of the sonatas, padding out their CD with a few arrangements: the two C Major Fugues BWV 952 and 953 where Vaughan takes the middle voice, and the Trio Sonata in D minor from the set of six for organ, with the left hand part handed to the string player... in their basic character, these performances remain consistent. They exemplify a lightly-applied scholarship where the bar-line is not permitted to hold tyrannical sway; rather, each phrase is handled with apt consideration and the give-and-take of these amiable sonatas is honoured.”

JS Bach Sonatas for Viola da Gamba and Harpsichord is available for download from the iTunes Music Store.
It's available for streaming through Apple Music.

JS Bach Sonatas for Viola da Gamba and Harpsichord is available as as CD. It can be purchased online through Buywell Music or the Australian Music Centre which both offer secure online ordering.