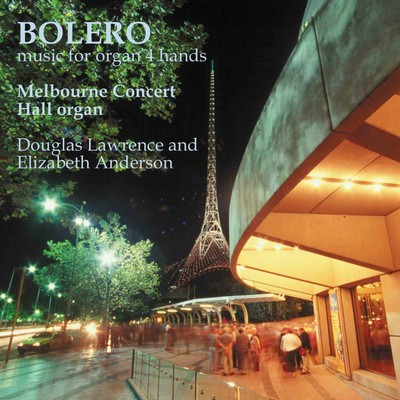 The Melbourne Concert Hall boasts a grand pipe organ in the French style. Features arrangements of classical favourites for four hands in a program which includes a tour-de-force reading of Ravel's Bolero, Mozart's 'Eine Kleine Nacht Music' and 'Menuetto', preludes and fugues by Handel, Wesley's 'Duet for Organ' and more.

“a banquet of goodies”

Canon Two in One Benjamin Cooke

Bolero – music for organ 4 hands is available as as CD. It can be purchased online through Buywell Music or the Australian Music Centre which both offer secure online ordering.