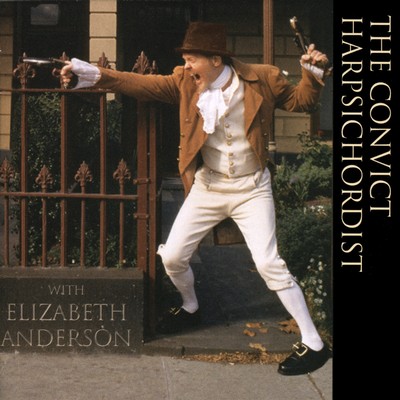 With a bonus CD-ROM video section (over 18 minutes) featuring the John Grant story told in words and music, a comprehensive illustrated historical booklet and a newly commissioned work, Ron Nagorcka's This Beauteous Wicked Place (a work symbilosing the reconciliation of two cultures) this recording is for early music and Australian history buffs alike.

“entertaining ... Elizabeth Anderson engagingly performs a selection of music Grant may well have played on his harpsichord” ★★★★

“There is much to like in this release ... recorded very well ... magnificent playing ... excellent balance of works ...”

“a welcome mix ... a pleasing change from the usual single-composer discs ... a fascinating disc.”

“Anderson is in top form ... her playing calls that of Wanda Landowska to mind - and praise doesn't get much higher than this ...”

“an innovative idea and presentation ... Elizabeth Anderson's playing is energetic and sprightly: in both the flavour and spirit of the story as portrayed ... An ideal Christmas gift, even for yourself.”

“This attractive keyboard performance ... brings to life a marvellous episode in early Australian history ... The true-life anti-hero was convict John Grant, and Elizabeth Anderson's CD does his memory proud.”

“[Anderson's] deft fingerwork, wonderful control of the rhythms, dynamics and nuances of this lovely music are models of refinement and elegance ... a most agreeable sound ... splendidly recorded.”

“In years of reviewing compact discs, many of the highest quality, I have never encountered so satisfying a product as this MOVE CD. For quality of content, fullness of liner notes with accompanying illustrations as well as a fascinating CD-ROM visual component. This is a product that ought to be recognised as the model it is; it deserves the very highest praise.”

The Convict Harpsichordist is available as as CD. It can be purchased online through Buywell Music or the Australian Music Centre which both offer secure online ordering.