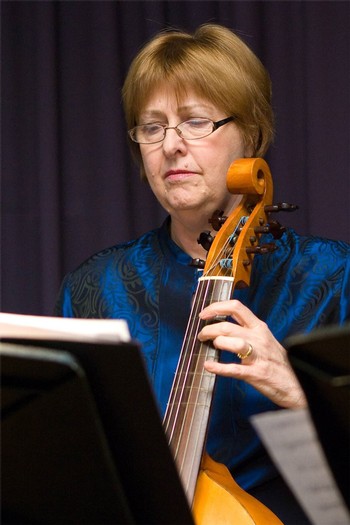 As a member of many of Australia's most established early music ensembles including, La Romanesca, Capella Corelli and Consort Eclectu, she has toured extensively throughout Australia, Europe and South East Asia for Musica Viva. More recently she was invited to perform with the plucked instruments ensemble Ludovico's Band.

Ruth has been involved in many recording projects with the Ensemble of the Fourteenth Century, La Romanesca and the Elysium ensemble, as well as a solo recording of the Suites for Voice Flute by Charles Dieupart — all with the Move label.

The breadth of Ruth’s musical expertise is reflected in her extensive discography.

She studied the recorder with Hans-Martin Linde and viola da gamba with Jordi Savall at the Schola Cantorum Basiliensis, Switzerland. Ruth teaches recorder and viola da gamba at the Early Music Studio of the University of Melbourne and is Director of Junior School Music at St. Michael's Grammar School, Melbourne.

Ruth Wilkinson is featured on the following titles