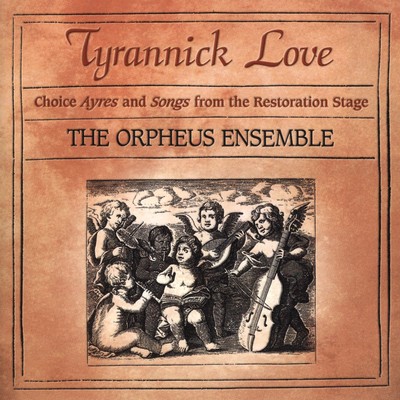 Vivien Hamilton gives the songs the lyricism and dramatic edge that they require, while being sensitively accompanied by Pricilla Taylor and Margaret Waugh.
Melbourne-based, The Orpheus Ensemble has been performing together since 1992. It specialises in exploring English and Italian music of the 17th and early 18th century.

Featuring the talents of Vivien Hamilton (soprano), Margaret Waugh (baroque cello) and Priscilla Taylor (harpsichord), the Melbourne-based ‘Orpheus Ensemble’ has been performing together since 1992. It specialises in exploring English and Italian music of the 17th and early 18th century.

“This collection of Restoration songs is beautifully presented. The ensemble is sensitive to the stylistic requirements of the era, and provides a perfect accompaniment to Vivien Hamilton's spectacular soprano voice.”

Tyrannick Love is available as as CD. It can be purchased online through Buywell Music or the Australian Music Centre which both offer secure online ordering.