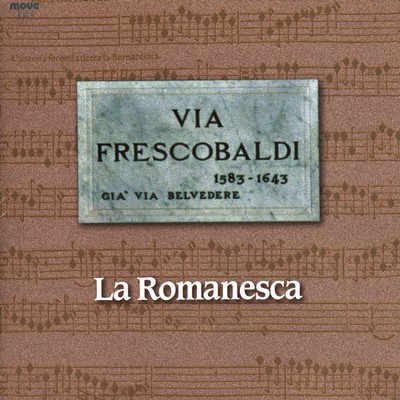 There is much instrumental diversity to be found here: countertenor, organ, harpsichord, recorders and viola da gamba are all heard in various combinations. La Romanesca's recording presents Frescobaldi's music according to the diversity of his virtually interchangeable canonzas; interchangeable since the titles under which they were published do little more than specify that they were suited for ogni sort di stromenti. It also includes a selection of the composer's lesser known solo vocal music.

“Clear and dignified performances all round”

“a range of musical styles and instruments which keep the listener's interest ... Superb.”

“To survive 21 years as an early music ensemble in Australia is no mean feat and this is what La Romanesca's Frescobaldi recital joyously celebrates ... considerable experience and skill ... considerable empathy”

Via Frescobaldi is available as as CD. It can be purchased online through Buywell Music or the Australian Music Centre which both offer secure online ordering.