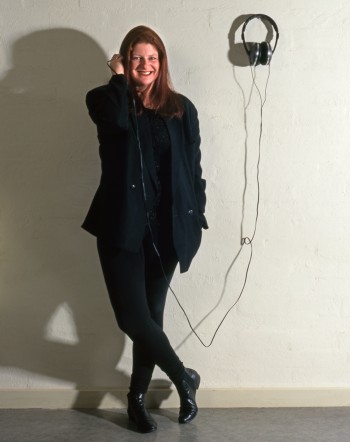 She was the first woman to be awarded the Don Banks Composers Award in 1990, and has won many international awards for installation, radio art and composition. Her innovative sound compositions, performances and environments have been constantly in demand in America, Europe and Australasia. She has a PhD in contemporary music from Monash University.

In addition to her solo work, she records and tours with two ensembles, the early music ensemble La Romanesca and the cross-cultural group Back to Back Zithers. She performs on original instruments and sculptures, as well as historical instruments, flutes, recorders, psaltery and percussion. Her compositions reflect different integrations of acoustic, live electronics and studio manipulation.

Ros Bandt's recordings go back to the last days of vinyl. Her LP record Soft and Fragile was released in 1983 and now forms part of the CD Glass and Clay. Improvisations in Acoustic Chambers appeared in 1981. La Romanesca's Love Lyrics and Romances of Renaissance Spain was released in 1980.

Ros Bandt is featured on the following titles

A new CD of Ros Bandt's works including Mungo, representing archaeology of the land and Thrausmata, an archaeology of text. These award-winning compositions were created in the studios of West Deutsche Rundfunk, Cologne.

The sound of feet traversing the earth's surface is a reminder of the impact that location has on our lives. You will never have heard anything quite like this amazing journey.

LIME is a group of 4 composer-performers who met while studying composition and improvisation at La Trobe University in 1978.