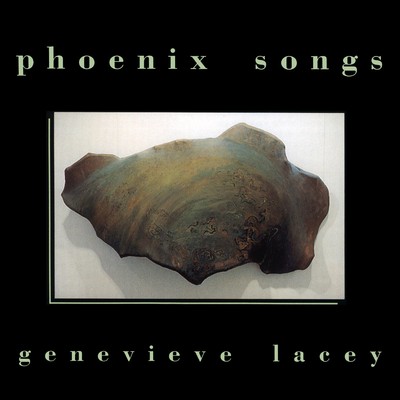 The opening work, Brenton Broadstock's 'Aureole 3' is concerned with the dichotomy that exists between holy and unholy, good and evil, consonance and dissonance. Throughout, a fierce conflict between these opposing elements is fought out with harpsichord and recorder continually exchanging roles.

Amanda Baker's title piece 'Phoenix Songs' is an interplay of struggle between two forces: Robert Chamberlain's ethereal piano shimmers and thunderous outbursts match the violently articulated fragments of Genevieve Lacey's recorder; pushing both instruments to their limits - and sometimes beyond.

In Ros Bandt's 'Flight', birds hover and swoop, are caught and sustained by air currents: here the recorder soars effortlessly - flying free from all stereotypes!

“plenty of new territory to explore.”

“... a testament to the strength of compositional and performing talent in Australia.”

“This excellently devised and performed program displays the recorder as a valid instrument of contemporary expression.”

Benjamin Thorn is a composer and recorder player based in Armidale NSW. He has written music for a wide range of instrumental and vocal combinations but has gained greatest recognition for his works for the recorder. He edited the acclaimed two volume collection of mostly Australian recorder music ‘Recorders at large’ (Currency Press) and has edited various seventeenth century works for Saraband.

Currie has been the recipient of numerous commissions, including over a dozen funded by the Australia Council and a recent commission from the Canadian Broadcasting Corporation which resulted in Glenside for Chamber Orchestra. He now resides in Canada.

Shanahan is well-regarded as an expert in contemporary techniques for the recorder and his work in this area has done much to expand the possibilities for composers writing for this instrument.

Phoenix Songs is available as as CD. It can be purchased online through Buywell Music or the Australian Music Centre which both offer secure online ordering.