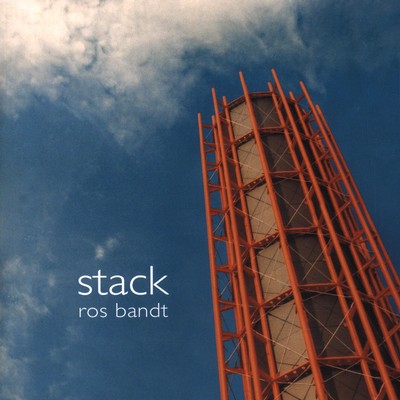 Sounds captured from the cylinder, the external grid and internal resonant surfaces of experimental concrete, along with ambient sounds of the industrial extractor fans and the builders working, are woven into exciting new sonic art by this major artist.

Bandt herself performs on unusual sound sources such as the 18th century viola da gamba, medieval flutes, the Indonesian mallet instrument, the gender and percussion to explore this dungeon. Sections of the steel frame itself were electrified in order to generate a whole range of original percussion timbres. In the studios of the Australian Broadcasting Corporation, stack was able to be realised using a vast array of studio effects and extra recordings,mixed together with the site specific recordings.

“... an utterly gripping recording. Through its six tracks, Stack brings to life a 55-metre chimnet as a weird, eerie and compelling acoustic space. Psaltery and electrified metal have truly never sounded so good together.”

“The entire work seamlessly moves from one sound to another, layer and texture, gesture and line. There are no flat spots, no obvious structural devices, just the transformation of an industrial artifact into sound with meaning.”

“From an unlikely location ... Ros Bandt has found inspiration ... something different.”

“unusual ... adventurous ... a challenge for the investigative ear!”

stack is available as as CD. It can be purchased online through Buywell Music or the Australian Music Centre which both offer secure online ordering.