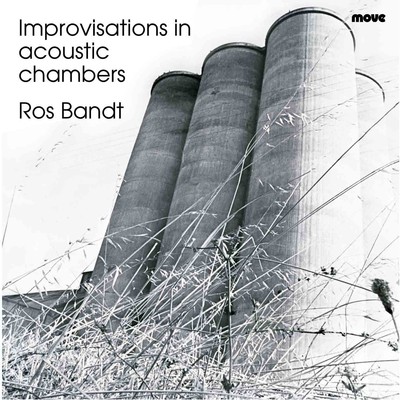 Ros Bandt: "Many years ago I visited a friend in Gippsland and we joked and talked through apertures in her then near empty concrete water tank. I was awestruck at the magnificent resonance of this space and how it changed the properties of sound.

"A few days later I returned armed with a Nagra tape recorder, a cymbal and some primitive sound making devices. Once inside the tank, gumboots in water, yabbies and cold dark condensation falling from the roof above me, I felt that I was living inside my ear. Sound was travelling around me up down, through. The water and air conducted the invisible sound vibrations differently. As I lowered the struck cymbal into the water, and then in the air, the sound changed. You have to wait for the sound to stop singing as it flies around the cylinder in its own time. You can activate sounds one after the other so they chase each other, until death. Making sound in such a space is like sound painting in action. You learn to swim in a sea of sound.

"All tracks are live real-time improvisations made in the acoustic chambers - a water tank and a wheat silo. There is no editing or electronic manipulation.

"This common water tank and silo experience changed my life. I realised that sound could be made to fly about and shaped in three-dimensional space through time. I became dedicated to creating architectural and spatial musics, and hearing the sound environment around me as an ongoing changing soundscape. Living inside your ears is never boring. Awareness channels drill from the ear to the eye so you can 'see' things differently. Through deep and immersive listening one can sense the physical effect and power of invisible sound vibration."

The original vinyl disc 'Improvisations in Acoustic Chambers" was released in 1981 and is now available again on a remastered CD sounding better than ever.

Improvisations in acoustic chambers is available for download from the iTunes Music Store.
It's available for streaming through Spotify and Apple Music.

Improvisations in acoustic chambers is available as as CD. It can be purchased online through Buywell Music or the Australian Music Centre which both offer secure online ordering.