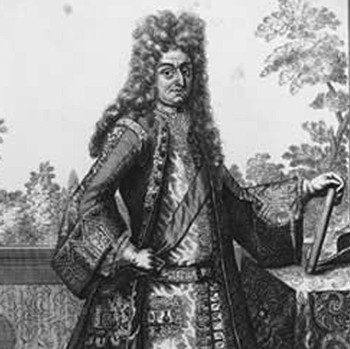 He also studied in Copenhagen and Italy, where he met Cavalli, Legrenzi and Carissimi himself. Krieger held positions in Bayreuth and then Weißenfels, where he stayed from 1680 until his death in 1725. Weißenfels boasted a medium-sized opera stage, for which Krieger composed at least thirty-four operas and Singspiels. The arias on the CD "The Dew Gatherers" are almost all that remain of those operas, and of his secular vocal works in total. He wrote over two thousand sacred cantatas for the Church of the Holy Trinity in the Weißenfels Palace, most of which are also lost.

Krieger’s success attracted up and coming composers and performers to Weißenfels, including JS Bach in 1713. Krieger’s chamber music reveals highly progressive traits similar to those of Rosenmüller (one of his teachers in Italy) and Biber. It was his progressiveness that made his reputation as the most important composer of his generation, alongside Pachelbel, Muffat and Kusser. His travels allowed him to develop, long before Telemann, a personal variant of the style later famous keyboard works are mostly youthful pieces and not necessarily representative of his mixed style, they offer a snapshot of late seventeenth century German keyboard music.

Krieger was married to Helene Rosina Nicolai from Halle, with whom he had ten children, one of whom – Johann Gotthilf – also became a composer. (Thanks to Siegbert Rampe for the biographical and stylistic notes in his edition of Krieger’s Complete Organ and Keyboard Works, Bärenreiter, 1999).