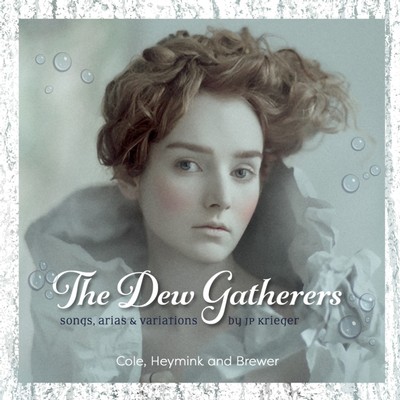 Krieger wrote some of the most exquisite and reflective melodies, and his works offer a great variety of moods, tempi and textures. This innovative recording of Baroque music revisits history and brings it into the present, adopting also a kind of Biberesque approach (since Biber was Krieger’s exact contemporary and compatriot). You will consequently hear cows, bears, a sow and a hiccupping beer drinker among these tracks. Krieger’s songs are rarely heard and have been scantily recorded, yet they represent some of the jewels of Baroque vocal music.

Cole, Heymink and Brewer are a trio consisting of Amanda Cole (Mezzo Soprano), Neil Heymink (Basoon) and Janet Brewer (Harpsichord). Amanda Cole has performed to critical acclaim in Australia, New Zealand, Austria and Germany. Her recording of Portuguese Art Song (Ode Records) drew high praise from the Journal of Singing (USA) and the Camoes Institute of Portugal. As an orchestral musician, Neil Heymink has performed with the Queensland Symphony Orchestra, the Queensland Pops Orchestra, the Northern Rivers Symphony and Sinfonia of St. Andrews. As a chamber musician and soloist, he performs frequently around the Sunshine Coast and is a member of Pacific Chamber Players. Janet Brewer holds two Master’s degrees from Griffith University, one in Music Studies and the other in Piano Performance and Research. She was recently nominated for an Australia Day award for her services to music. Janet plays a 2009 Blackman harpsichord after Ioannes Ruckers (ca. 1637).

The Dew Gatherers is available as as CD. It can be purchased online through Buywell Music or the Australian Music Centre which both offer secure online ordering.