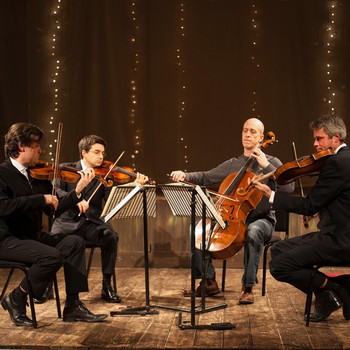 They have a particularly strong relationship to a cross-section of leading American composers, having collaborated intensively with the great George Rochberg in the last few years of his life, as well as working closely with such figures as Elliott Schwartz, and the prolific symphonist Gloria Coates. They are Artists in Residence at Goldsmiths College and at Wilton’s Music Hall in London. Their work in collaboration with art galleries has garnered much attention and large audiences, working particularly closely with the National Portrait Gallery and Tate Gallery, St Ives.

Kreutzer Quartet is featured on the following titles