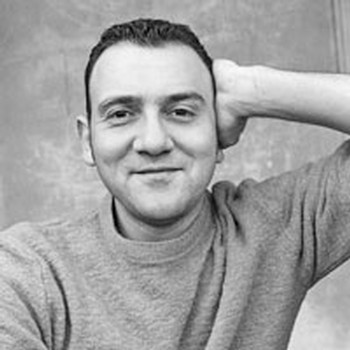 In keeping with previous work, Freshwater Road finds Michailidis in a solo setting, performing unaccompanied, instrumental compositions that demonstrate a broad palette of musical expression. His extensive and unconventional use of guitar tunings, provides the music with a fresh, melodically driven approach that is free of cliché.

Since the 2000 release of The Offering, Michailidis has received attention worldwide, along with glowing reviews throughout his native Australia. His 2001 tour of Europe and the USA consisted of:

* Winning the International Open Strings guitar competition, Osnabrueck, Germany. The win landed him a recording contract with Acoustic Music Records and a solo spot at the 2002 festival.

* Collaborating with American finger-style guitar's leading authority- John Stropes. Stropes has published work by Michailidis as part of the 'Great Compositions by Emerging Artists' series and is associated with the likes of Leo Kotke, Michael Hedges and Alex de Grassi.

* Performing as opening act for David Wilcox in the US.

Material for The Offering drew inspiration from a six-month stay in LA during 1998. It is here that Michailidis honed his skills in performance and composition, garnering praise from esteemed musician and educator Ted Greene: "After hearing the beautiful music of Lucas Michailidis, it is my strong wish that everyone could hear it."

Michailidis has performed extensively throughout Australia and abroad has made numerous 'live to air' appearances on national radio. His playing has been featured on CD titles by: Zulya, Cate Bailey, Simon Lewis and Gavin Chatelier.

Along with composing and performing and Lucas Michailidis is employed as guitar educator at the Melbourne Conservatory of Music and Northern Melbourne Institute of TAFE.

Compositions by Lucas Michailidis appear on