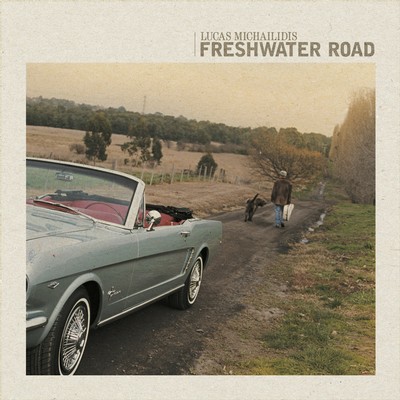 Freshwater Road is a collection of music performed and composed by acoustic fingerstyle guitarist Lucas Michailidis. In keeping with earlier work, Freshwater Road finds Michailidis in a solo setting, performing unaccompanied, instrumental compositions that draw from a broad musical palette. With a penchant for character-rich melodies he is lyrical, audacious and at times, downright scandalous.

Michailidis states that whilst the tranquil nature of his previous CD The Offering attracted significant attention, this latest release prompted an undeniable urge to shake things up and keep people guessing. "In terms of growth, it's imperative that one continues to cultivate other dimensions of oneself and music."

The consequence of this shake up can be found in repertoire that pays tribute to Jimi Hendrix - Jewels, Dig This - along with other funk driven, blues-based styles - Strut. The title track is a rollicking bluegrassy jaunt, while Alia celebrates the unfettered spirit of calypso.

During Freshwater Road's three year writing process, Michailidis performed extensively throughout Australia and abroad. He was winner of the 2001 International Open Strings competition in Germany and has had work published by leading American fingerstyle authority John Stropes. Stropes is associated with the likes of Leo Kotke, Michael Hedges and Alex de Grassi.

“...one of the best I've heard in the steel string world. It's really all about the writing. That is the true art and defines the musician as an artist far above just one that plays the guitar.”

“One thing that distinguishes Michailidis from the plethora of acoustic guitarists is his melodic strength. It's the music, not his technique that catches your ear. He pays great attention to composition, which results in original and often quite beautiful music that avoids the guitar cliche's lesser musicians fall back on. Freshwater Road is full of deep and seductive music- you'll be glad you took the turn”

“His melody lines, structures balance and the percussive skills are awesome. His bass lines are top-notch and spectacular. Lucas Michailidis renewing and challenging developments in guitar music sets him amongst the best guitarists in the circuit.”

“Michailidis exudes an obvious command of his instrument, but also shows that he thinks deeply about his music and guitar playing.”

Freshwater Road is available as as CD. It can be purchased online through Buywell Music or the Australian Music Centre which both offer secure online ordering.