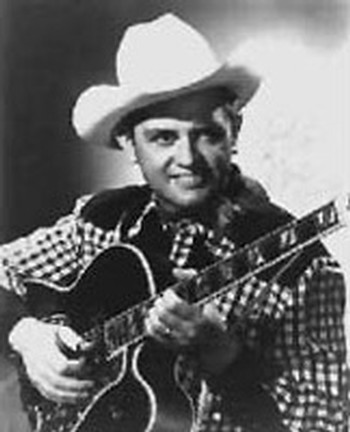 Travis was the son of a tobacco farmer, but by the time he was four-years-old the family had moved to Ebenezer, Kentucky, and his father was working in the mines. Travis's father often remarked, "Another day older and deeper in debt", a phrase his son used in Sixteen Tons. His father played the banjo, but Travis preferred the guitar. He befriended two coal-miners, Mose Rager, and Ike Everly(father of the The Everly Brothers) who demonstrated how to use the thumb for the bass strings while playing the melody on treble strings. Travis hitched around the country, busking where he could, and in 1935, he joined the Tennessee Tomcats and from there to a better-known country group, Clayton McMichen's Georgia Wildcats.

He played with several bands, becoming one of the first to appreciate that a guitar could be a lead instrument, and he had success as a solo artist for the newly-formed Capitol Records with Cincinnati Lou, No Vacancy, Divorce Me C.O.D., Missouri and a US country number 1, So Round, So Firm, So Fully Packed. Capitol producer, Lee Gillette, asked Travis for a 78 rpm album set of Kentucky folk songs. His eight-song Folk Songs of Our Hills, included Nine Pound Hammer (a rewritten folk song), Dark As A Dungeon and Sixteen Tons with spoken introductions about the coal-mining locale. Although Travis maintained that Sixteen Tons was a 'fun song', it dealt with the exploitation of miners in the company store. It won a gold record for Tennessee Ernie Ford in 1955 and was parodied by Spike Jones as Sixteen Tacos and by Max Bygraves as Seventeen Tons.

Travis was elected to the Country Music Hall Of Fame in 1977 but his drug addiction and alcoholism made him unreliable and wrecked his private life. He died in October 1983.

Compositions by Merle Travis appear on