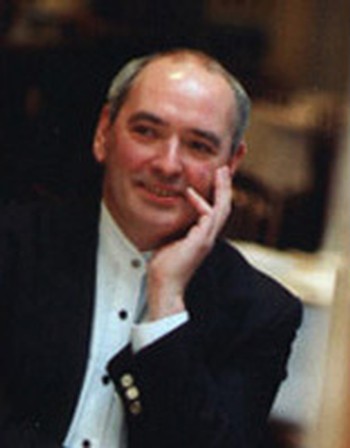 Michael Easton was born in Hertfordshire, England, in 1954. Once in Australia - some 28 years later - he quickly established himself as a practical and inventive composer able to respond to commissions of all kinds, as a brilliant arranger of other people's music, and as an all-round musician of wide abilities. By 1986 he felt able to retire from the music publishing world and devote himself entirely to work as a freelance composer. This, however, did not prevent him from forming an ongoing and notable duo-piano partnership with Len Vorster, and contributing many stimulating pre-concert talks to the Melbourne Symphony , Musica Viva and Opera Australia series.

Michael Easton's music reflects his own ebullience, energy and good humor. It is entirely accessible - reliant upon ear-catching melodies, piquant harmonies, and brilliant orchestration. The influence of French music (particularly that of Milhaud, Poulenc, and Ravel) and jazz is strong: the former a matter both of natural sympathy and the stimulation of his studies with Berkeley (himself a French-trained composer), and the latter an outcome of his own considerable skills as a jazz pianist. Wickedly witty, and beautifully crafted, it is music whose capacity to please at first hearing conceals depth and seriousness that may only gradually become apparent.

Compositions by Michael Easton appear on