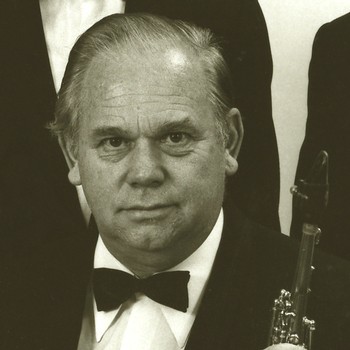 Peter Clinch (1930-1995) was a Australian saxophonist, clarinetist, composer and educator.

Dr. Peter Clinch was born in Geraldton, Western Australia in 1930. He began his early career in the clarinet section of the Perth Symphony Orchestra in 1947 and then joined the RAAF Central Band as Principal Solo Clarinet and Senior NCO in 1953. Subsequent to this he played clarinet and saxophone with every ABC Symphony Orchestra in Australia either as a member of the orchestra or as a soloist. Peter was the Head of the Music Department at the Melbourne College of Advanced Education and later the Reader, then Associate Dean (Music Education) at the Faculty of Music, University of Melbourne.

As well as producing a number of recordings, Peter toured extensively in Europe, Asia and the USA as a soloist, recitalist, a chamber music performer, and a conductor as well as giving lectures and masterclasses. The Peter Clinch Saxophone Quartet was the most exciting ensemble of the Australian music scene, certainly its most pertinent in contemporary significance. He won several awards for composition. He was widely respected as a conductor and his jazz performance. He was the founder and President of the Clarinet and Saxophone Society of Victoria, Vice President of the Comité International de Saxophone and has a citation in several "Who's Who" guides including "Who's Who in the Commonwealth" and "Who's Who in the World". He was the Head of the Department and Reader and Associate Dean of Music Education at the Melbourne CAE (University of Melbourne).

Peter's international conference contributions included papers for several of the World Saxophone Congresses, the Australian National Clarinet Seminar in Sydney, several of the International Clarinet Congresses and the Australian National Saxophone Seminar in Melbourne (which he organised). He also presented papers at conferences in Western Australia, Sydney, London, Canberra and Yugoslavia. He died in 1995.

Peter's published works included a Clarinet Tutor for Allan's Music, the Tausch Concerto for Clarinet and Orchestra and several other clarinet and jazz studies tutors. His journal articles included articles for the international publication Studies in Music, music and book reviews for the Journal of Music Education, the Journal of Australian Music and Musicians, the National Association of Teachers of Singing, the International Journal of Music Education and The Clarinet.

Peter Clinch is featured on the following titles

Australian saxophonist, Peter Clinch presents a recital of fine classical music. Often associated with jazz, the saxophone is heard here in a classical program ranging from the Italian Baroque to the early 20th century.