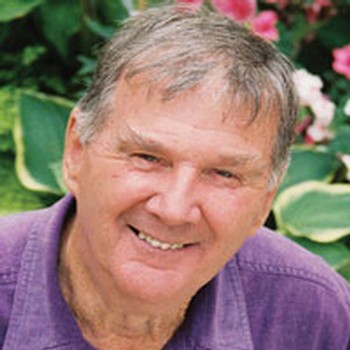 Towards the end of World War II he was conscripted, joining the British Parachute Regiment and serving in Europe and the Middle East. After leaving the British army he continued with gardening activities in his spare time. Eventually he enlisted in the Australian army in 1950 as a means of getting to this country more quickly. After leaving the forces he worked full timeas a self-employed gardener and landscaper in northern Tasmania. He started radio broadcasting in 1967 with one of the world's first gardening talkback programs from a Launceston commercial station. In 1969 he began making weekly television programs for ABC-TV called It's Growing, at Moorills Estate, Tasmania which provided practical gardening information. During this period he helped form the Organic Gardening and Farming Society, personally forming 20 branches in different parts of Tasmania during a two-year period.

After experiencing three wars he continues to be actively involved with any anti-war movements, is deeply involved with environmental campaigns and is strongly opposed to any form of racial, religious, class, sexual or any other form of discrimination.

Peter Cundall is featured on the following titles