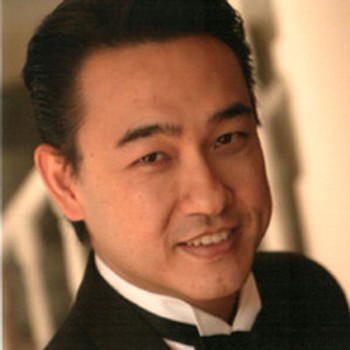 Currently he enjoys a busy life on the concert circuit, which he truly loves as he prefers to interact with the audience in cabaret fashion He is the resident soloist for the Victorian Concert Orchestra and is in demand as guest soloist for various organizations. He is known for his slightly quirky comedic presentations during these concerts. In 2003 he recorded his first CD "Voices For Hope" with the intention of donating all profits to charity. He produced concerts and together with the sales of these CDs, has donated about $50,000 to charity.
Being more experienced and mature in his musical approach, Raymond approached Move Records once again to record his second CD, entitled "Voyage" – another CD of covers, but this time a more modern approach. This CD, another collaboration with acclaimed pianist May Gavin, depicts a personal artistic journey, and is dedicated to their four children.

Raymond Khong is featured on the following titles