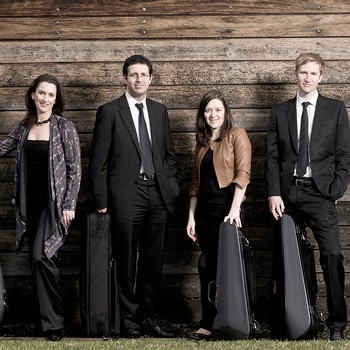 Formed in 2003 at The University of Melbourne; the Tinalley String Quartet has been mentored by many of the world’s finest quartets, including members of the Tokyo, St. Lawrence, Keller, Takàcs and Schoenberg String Quartets. Between 2005 – 2007, the Quartet studied at the International Musicians Seminar, Prussia Cove, United Kingdom; the Norfolk Chamber Music Festival as part of the Yale Summer School of Music; the St. Lawrence String Quartet Chamber Music Seminar at Stanford University and the Banff Centre for the Arts, Canada. In 2006 Tinalley was based at the Australian National Academy of Music as Visiting Young Artists.

Tinalley was selected in 2007 as one of ‘Melbourne’s 100 Most Influential People’ in The Age and was nominated in the category of best newcomer in the 2008 Limelight magazine awards.

Tinalley String Quartet is featured on the following titles