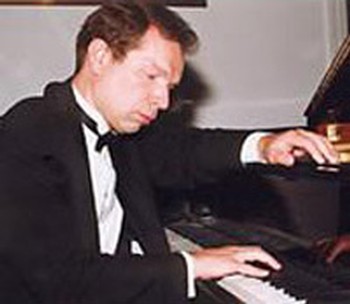 Yuri Rozum was born in Moscow and showed early promise, taking first place in the piano entrance exam at the Moscow Tchaikovsky Conservatory. He was considered to be one of the most promising students and was invited to participate in the Queen Elizabeth Piano Competition held in Brussels. However, due to religious and political reasons, a travel permit was refused and it was not until six years later that he was allowed to travel abroad. Once that barrier was raised, Yuri Rozum became laureate of numerous international competitions and festivals, including the Barcelona International Piano Competition, the Montreal International Music Competition and the Madrid International Music Competition.

Despite his evident success, he was allowed to perform only in Eastern Europe. During this time he played with most major eastern European orchestras. Eventually, Yuri Rozum was officially recognised and was awarded the medal of the Supreme Soviet and the title ‘Merited Artist of Russia’. He has since performed in most European countries, as well as Japan, Argentina, and the US to critical acclaim. His first CD ‘Italian Themes’ was released in 1995. He has also recorded a solo CD Liszt transcriptions of Schubert works and his Réminiscences de Don Juan. Further CDs include the works of Rachmaninov, Tchaikovsky, and Chopin and are released on the Mediaphon label (Germany), Yuri Rozum has performed several times in Australia with great success. In 1998 he was appointed Adjunct Professor of Music at Monash University.

Yuri Rozum is featured on the following titles