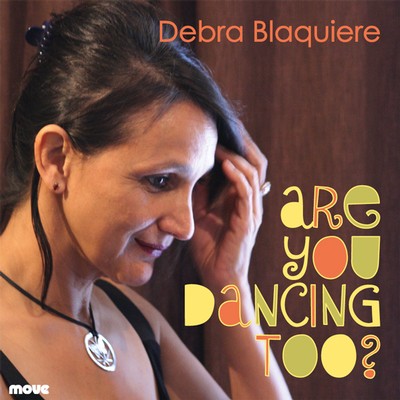 The title track "Are You Dancing Too?" was penned after seeing a play about people with Down's Syndrome. At one point in the play the characters are dancing all awkward and goofy. While dancing the actors dropped their Down's character roles, a huge mirror ball appeared and they became regular people, in love, elegant, gliding across a dance floor in 3 / 4 time. This had a profound impact on me as I was shown how they see themselves, just as we see ourselves. I have recorded with a small group of musicians. As with my previous albums I like to create space for them, to create their magic. I wish I could find a way to acknowledge the magic properly, and not diminish how important their contribution is. Thank you!

Shine On Me was performed by the Glory Bound Groove Train; formed in 1997 under the musical directorship of performer/arranger Linda Calgaro. Inspired by the African-American vocal tradition, GBGT perform a repertoire of African-American Gospel and Gospel inspired music. Glory Bound Groove Train is an acappella choir of 18 spirited voices, with edge.

Are you dancing too? is available as as CD. It can be purchased online through Buywell Music or the Australian Music Centre which both offer secure online ordering.