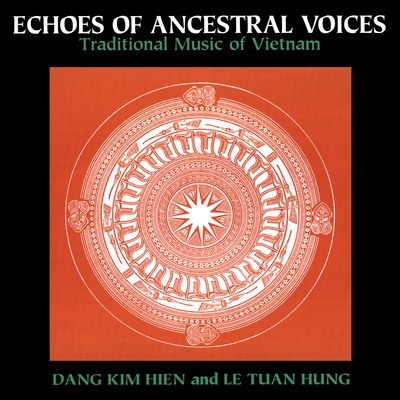 Authentic versions of pieces from various classical and folk traditions are carefully realised with musical and linguistic aspects relevant to each tradition. Many of the pieces were inspired by the landscape, rivers and torrid history of Vietnam. The collection also features lullabys from the North, Centre and South of the country.

The beauty of the music is also enhanced by the performers mastery of performance practices of various Vietnamese musical genres and their personal touch in performance.

“Serious dedication to and mastery of the authentic traditional forms ... Rich new compositions. One of the most rewarding musical experiences I have had in a long while ... [Le and Dang] contributed greatly to the purpose of introducing Vietnamese music of the highest quality to American audiences.”

“Le and Dangs' compositions transcend the boundaries of East and West and represent a new direction in Australian experimental music.”

Echoes of Ancestral Voices is available as as CD. It can be purchased online through Buywell Music or the Australian Music Centre which both offer secure online ordering.