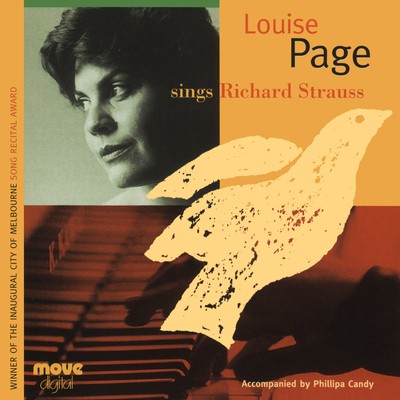 The City of Melbourne Song Recital Award was created by the late Mietta O'Donnell and Tony Knox out of a concern for the diminishing numbers of practitioners and audiences for the Art Song.

“For lovers of Strauss Lieder this is a CD that should not be missed.”

“The singing throughout is beautifully lyrical, firmly shaped with fine tonal control over the wide vocal range the songs demand, and with a notable expressive coloration of their differing moods and dynamics ... this is a disc to enchant and delight any lover of German lied.”

Louise Page sings Richard Strauss is available as as CD. It can be purchased online through Buywell Music or the Australian Music Centre which both offer secure online ordering.