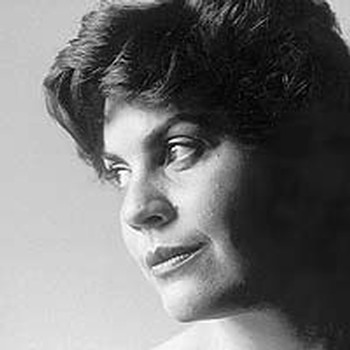 Louise Page graduated with a distinction in 1988 from the Canberra School of Music, where she studied with Ronald Maconaghie. The following year she was the vocal finalist n the'ABC Young Performer of the Year' and won the Robert Stoltz scholarship to study in Vienna.

As a member of the Vienna State Opera Studio she performed roles in a number of State Opera productions and has participated in concerts and operas in Austria, Germany and Belgium.

She has worked with teachers such as Waldemar Kmentt, Elisabeth Schwarzkopf, Sena Jurinac and Geoffrey Parsons.

Since returning to Australia, Louise has given numerous recitals with accompanist Phillipa Candy as well as appearing in oratorios, concerts and operas in Sydney, Melbourne and Canberra.

Louise's accompanist Phillipa Candy is a graduate of the Canberra School of music (studying with Joan Chia) and has a masters degree from the Hobart Conservatorium (studying with Beryl Sedivka) and from Temple University (with Charles Abramovic). She has also studied with celebrated accompanist Geoffrey Parsons.

She has worked as an accompanist and repetiteur for the Philadelphia Singers and for the studio of the renowned operatic baritone Robert MacFarland. She was a founding member of the group Austral Skies which specialised in performing Australian music and which toured for Musica Viva in 1988.

She was contracted to be Musical Director and Conductor for Canberra City Opera's 1996 season (including The Marriage of Figaro, Trial by Jury and Some Enchanted Evening) and has been the Director of the Canberra Harmonie Germany Choir since 1994.

In partnership with soprano Louise Page she has given many lieder recitals to high critical acclaim.

Louise Page is featured on the following titles

Looking to the light

Looking to the Light is an easy listening collection of well-loved Christmas songs such as O Holy Night, The Little Drummer Boy, Ave Maria, Have Yourself a Merry Little Christmas, and Australian carols, lesser known songs and children's favourites such as All I want for Christmas is my two front teeth and I want a hippopotamus for Christmas.