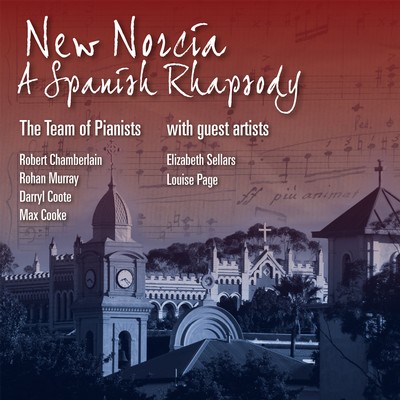 New Norcia was settled in 1846 by two Spanish Benedictine monks, Dom José Benito Serra and Dom Rosendo Salvado. Salvado, a dominant and influential figure in both the history of New Norcia and that of Western Australia, gave the very first public piano recital in Perth, in order to raise money for the new settlement north of Perth.

New Norcia: A Spanish Rhapsody is available as as CD. It can be purchased online through Buywell Music or the Australian Music Centre which both offer secure online ordering.