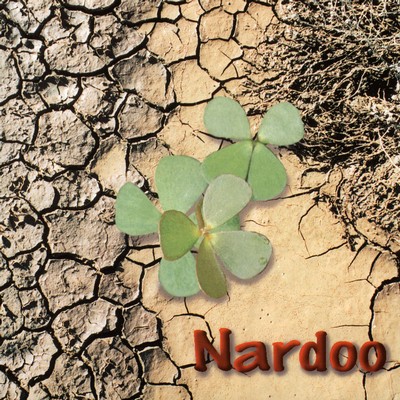 Conditions right for a flower of new Australian music to bloom.

Nardoo - an Australian aquatic plant with the ability to lie dormant in dry mud for many years until nourished by rain. With the right conditions, the plant flourishes, and the cracked and dry surface is transformed into a cover of small delicate blooms.

With the right conditions firmly established, new Australian duo Nardoo have created a vital, flourishing mix of musical ideas in a collection of improvisations from a wide variety of stylistic influences.

Performing on a mix of new and traditional wind and string instruments, Nardoo present a soundscape of exotic and hauntingly beautiful aural images. This new Australian duo weave a tapestry of original music from a melting pot of jazz, ethnic and medieval influences.

Recorder player Zana Clarke performs traditional wind instruments in this new context: "I feel I have a link into another musical world" states Clarke on the release of Nardoo's self-titled debut CD, "where composing and improvising become vital, and where I can move from the rigours of fixed forms towards a new freedom of expression."

Such freedom of expression can be heard on many of the tracks. The weaving melodies of 'Oscillation' reflect a mixture of medieval and ethnic melodies. The jazzy chords of 'Once Upon A Time' suggest more of a western influence.

For the other member of Nardoo, Peter Biffin, music is free and loose. He is especially interested in improvising within a whole host of different musical styles. "In 1977 I began to redesign the instruments I was playing so they could cover more of the music I was interested in" states Biffin. "Designing, making and playing my own instruments ('tar-hu' - a long-necked bowed instrument with four playing strings and seven sympathetic strings, and 'deboosh' - a large fretless dobro guitar) enables me to create new sounds that express my creativity like never before".

Elements rising, binding, a rock caught in crystalline form, a body dissolving and scattered as dust on the wind. The mineral world carries on its timeless business, having no care for where it is borne. These are the images brought to light by Nardoo in a unique blend of improvised new music.

“Zana Clarke and Peter Biffin ... have created a definite Middle Eastern flavour, heightened by a bit of jazz spice”

Nardoo is available as as CD. It can be purchased online through Buywell Music or the Australian Music Centre which both offer secure online ordering.