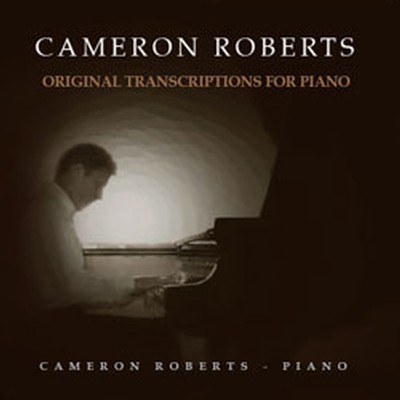 His original piano transcriptions of orchestral showpieces: Tchaikovsky's 1812 Overture, Vivaldi's Summer and Gershwin's Rhapsody in Blue, amongst others, have recently been premiered in London and Madrid to full houses and standing ovation. Here he puts them on disc in his second studio recording for Move.

Roberts brings back to life the great piano traditions of Liszt, Busoni and Rachmaninoff, transcribing both popular and lesser-known music onto the piano, and putting the piano in centre-stage, showing it off as an instrument for great art and entertainment. Roberts' arrangements are carefully derived from the originals though projected forward with a new voice, one which shows the piano at its best, unleashing its potential as if to say: 'look what it can do'!

Alongside the show-stoppers, there are also works of great intimacy, including the arrangement of the Largo from Bach's Double Violin Concerto, a selection of hauntingly beautiful songs by Rachmaninoff and the heavenly In Paradisum from Faure's Requiem. It is clear that this is music he loves to play and music he wants to share.

This disc is a culmination of his work recently supported by grants from the Michael Kieran Harvey Piano Scholarship and the Ian Potter Foundation.

Original Transcriptions for Piano is available as as CD. It can be purchased online through Buywell Music or the Australian Music Centre which both offer secure online ordering.