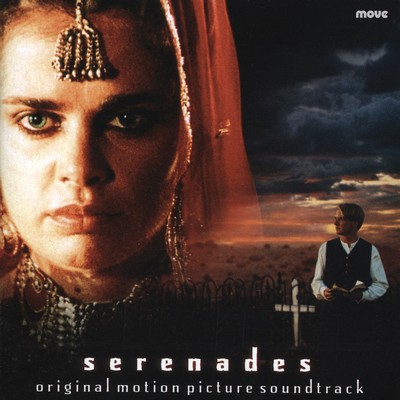 Davood A. Tabrizi's haunting soundtrack to Mojgan Khadem's film 'Serenades' has been specially extended and developed in the studio to make listening to the album a satisfying experience on its own, away from the motion picture.

According to Australian director Mojgan Khadem, when the time came to choose a composer for Serenades (starring Alice Haines and Aden Young), the priority was an understanding of the symbolic and the poetic nature of the film, an expertise of both Eastern and Western influences, and a knack for the unique. Davood A. Tabrizi provided all of the above. His choice of instruments, his sensitivity and understanding both of the cultures involved and the importance of the music as a vehicle for storytelling added more than just a soundtrack to the film.

Indeed, Davood's soundtrack, available exclusively on Move Records, has been specially extended and developed in the studio to make listening to the album a satisfying experience on its own, away from the motion picture. The accompanying full-colour booklet contains a detailed synopsis, character portraits and a director's commentary on the importance of music in the film. In addition, the CD has a multimedia bonus: the original theatrical trailer, suitable for playback on PC and Macintosh computers.

Serenades opened in cinemas Australia-wide on 31 May 2001, and has subsequently been released on DVD by Palace.

Davood A. Tabrizi is an accomplished composer and performer from Iran. Trained in Western Classical and Persian Classical music, he has written music extensively in Australia, Iran, Canada and USA for film, theatre, television, radio and special events.

“Tabrizi uses influences as varied as the classics of Persia and the organ church music of Johann Sebastian Bach. The end result is a rich blend of cultures” ★★★★★

“superb ... the hauntingly beautiful theme, and the associated tracks, are as compassionate as the film itself ... 10/10 stars”

“a collection of haunting pieces that reflect the epic landscapes of the outback and the exotic flavours of Afghan musical traditions. The music is mysterious, richly textured and beautiful.”

“a beautiful example of music painting images and moods.”

“It has the ability to transport me to a world of my own choosing ... as a film score ... it enhances rather than overpowers.”

“All songs transform into each other in a very fluid way. The music on this CD just sounds heavenly. Without the pictures you can describe this music as great ambient/new age with a firm world music touch ... This CD is just BEAUTIFUL!”

“The music by Davood A Tabrizi, a blend of Aboriginal and Eastern riffs, is another plus.”

Serenades (Original Soundtrack) is available as as CD. It can be purchased online through Buywell Music or the Australian Music Centre which both offer secure online ordering.