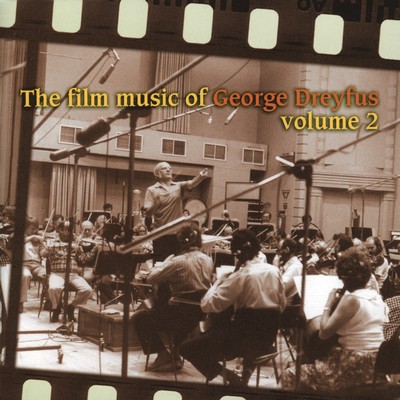 From the poignant music of John West in Power Without Glory (1976) to the multicultural mix of Waterfront (1983), Move Records is proud to present the second in its ongoing series of George Dreyfus film music CDs. Film music collectors will be particularly interested in the premiere appearance of Dreyfus' short score to the award-winning Bruce Beresford film Tender Mercies (starring Robert Duvall) which was ultimately replaced by silence. It has not been heard for nearly twenty years, and you won't find it on the anniversary DVD re-issue of the film - only here!

With twenty-two tracks in all, you'll not only hear music from the above films but also for A Descant for Gossips (1983), Outbreak of Love (1980), Great Expectations (1986) and, of course, another version of the theme from Rush (1974), here performed by renowned flautist James Galway.

“Just why the Dreyfus Tender Mercies music was relegated to the cutting room floor shall only remain in Bruce Bereford's head ... But this track is worth the price of the CD alone. 9/10 stars.”

“most interesting ... appealing enough in its own right”

“a most welcome CD”

“a perfect example of the versatility of Dreyfus' work”

A Descant for Gossips George Dreyfus

The Film Music of George Dreyfus, Volume 2 is available as as CD. It can be purchased online through Buywell Music or the Australian Music Centre which both offer secure online ordering.