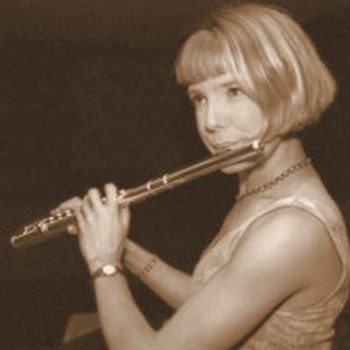 Petra Webb studied at the Victorian College of the Arts where she graduated with a Bachelor of Arts (Music). She also holds a Licentiate Diploma in Flute. Further studies were undertaken in England at the William Bennett Summer School and at the Oxford Flute Summer School. Petra has performed as a soloist with the Melbourne Youth Orchestra and the Victorian Concert Orchestra.

In 1998 she toured Europe with the Geminiani Orchestra. Whilst overseas, she performed in master classes with Jonathan Snowden in England and with Peter Lucas-Graf in Austria. Petra plays regularly as an orchestral member with various light opera companies around Melbourne. She has performed as a soloist with Concordia on many occasions and is featured on their other Move CDs.